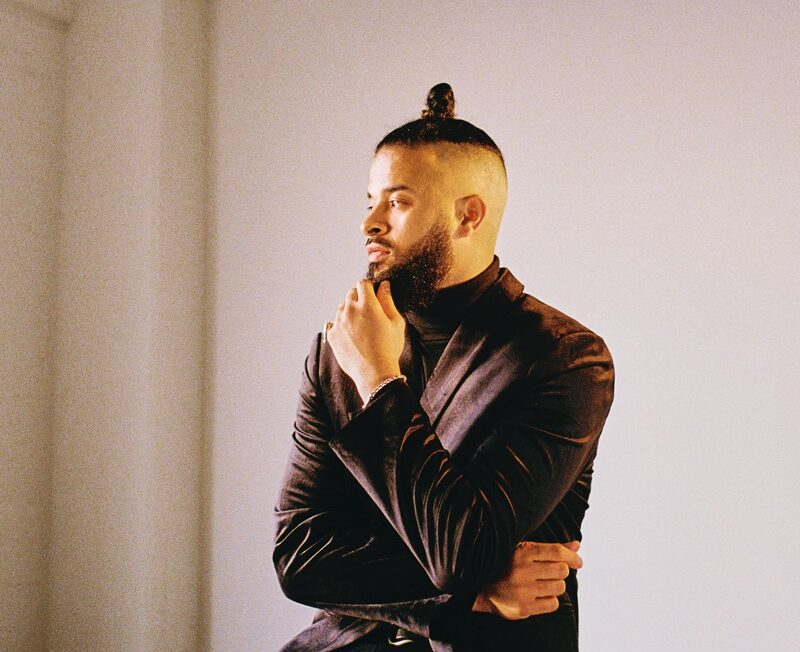 Accomplished artist, Tdot Illdude, has produced and written for chart topping artists. The phenom has collaborated with some of music’s top talent, including Timbaland, Snoop Dogg and Meek Mill. With nearly 35 million streams across platforms, placements on major platforms like Netflix, ESPN, Starz and a brand partnership with Ethika, Tdot has made exceptional strides in his career so far.

Tdot grew up in Willingboro, New Jersey and recalls having led a normal childhood with minimal outside pressure to grow up too fast. However, he evolved into a street entrepreneur as he reached his early teens. At only thirteen, the young businessman chose to diverge from his friends and attend the less popular high school beyond his hometown in efforts to improve his bottom line.

Although the fast life was enticing, he never fully committed to it; always keeping one foot in other endeavors, including music. In the early 2000s, the artist began earning a name for himself in Jersey’s battle rap scene and marketed his rhymes in various mixtapes over the years.

It wasn’t too long before the bona fide businessman put his own music aside to be a talent manager and co-found his first company, Homeboy Management. Working in tandem with his first client, Cardiak, the two garnered significant success over the course of  their partnership.

Although Tdot appreciated the business side of music, his love for the artform never vanished. In 2015, he moved to Los Angeles to wholeheartedly pursue music. Tdot quickly began networking and shopping his beats to top talent. Hit producer, Charlie Heat was one of the people he connected with early on – the two cultivated a creative business relationship, releasing various collaborative tracks and later launching a company together. That same year, Tdot released his popular single “Take Me Under.”

When Tdot’s vocals caught the attention of prominent songwriter, Makeeba Riddick, she advised him to focus more on his tantalizing melodies. Tdot commends Riddick for her insight as it compelled him to shift his sound tremendously.

Tdot’s evolution and persistence has landed him in places he’d never imagined. He has toured with peers like Gourdan Banks and Wale. His music even stood out to famed rapper Meek Mill who ultimately featured Tdot on two of his tracks: “Fasho” and “Problem.”

As Tdot’s music spread, more of his idols began to notice him. In 2017, he received a message from iconic producer, Timbaland. Instead of fumbling the opportunity or asking for a leg up, he rolled out the red carpet for Timbaland and invited him to a top tier studio to collaborate for a few days. Tdot’s tact and work ethic earned him those sessions and continues to reap success.

Last year, he was featured on Snoop Dogg’s track, “First Place” and performed at the Genesis Monday Night Football, which was the most watched television show of 2019. Coming off of a recent appearance on Chevy Woods’ “Since Birth,” Tdot Illdude is gearing up to release his own new music. Based on his track record, it is unlikely that he will disappoint.