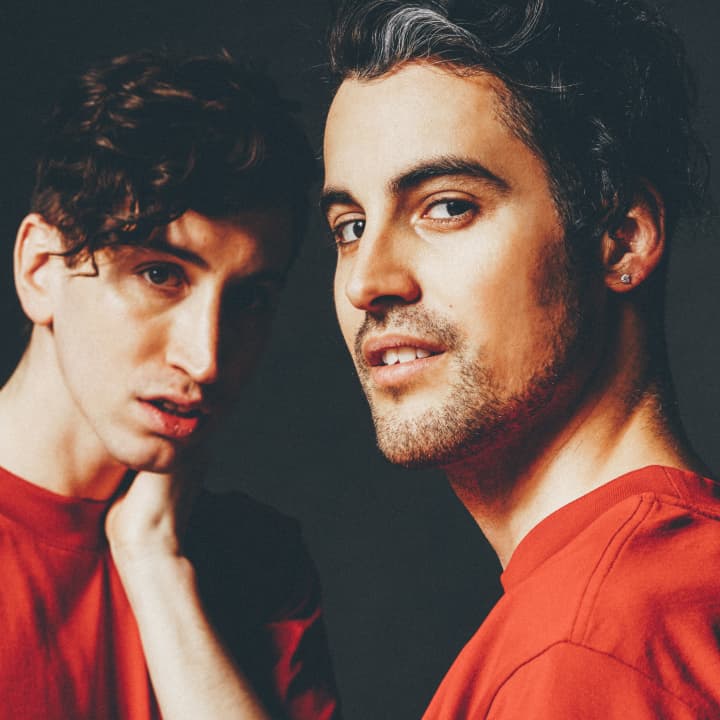 Gerry sat in front of Danny in high school math. Gerry would always turn around to talk to Danny about guitars, and after repeated pleas to stop from the teacher, he was suspended from the class. The two soon started writing music together and began playing in several New York outfits. They shared a love for artists like Tears for Fears, Cyndi Lauper, and the Cure and quickly turned their attention towards starting their own project. After a year of writing without telling another soul, the appropriately named “Secret Weapons” was born. The New York two-piece finally launched in 2015, and have been building buzz in NYC with outlandish live performances and even wilder after-party DJ sets