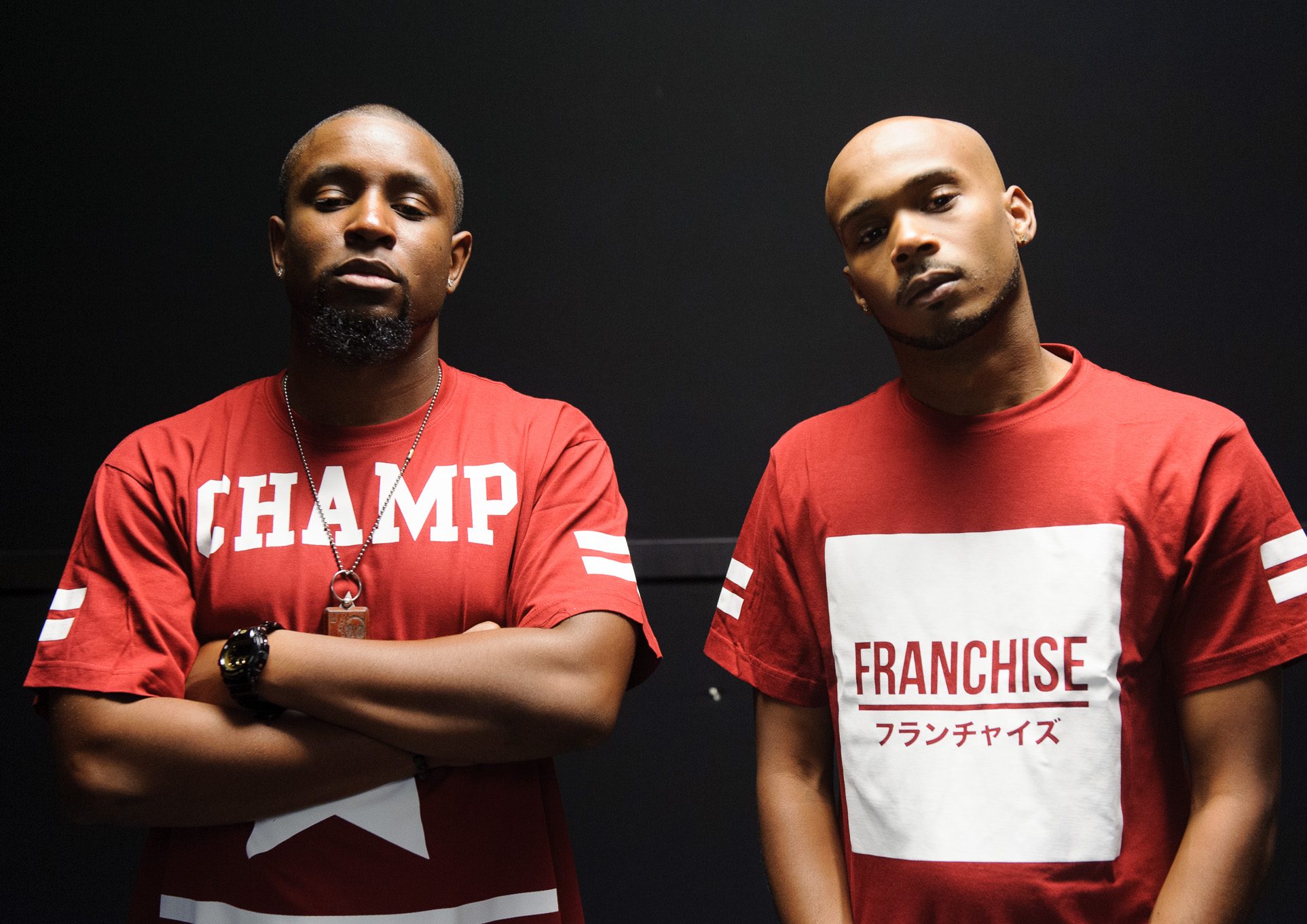 The Futuristiks are an American production team that consist of Michael Ray Cox, Jr. better known by his stage name Money Mike and John Groover Jr., better known by his stage name J Keys. J-Keys, born in South Sacramento and Money Mike born in Hammond, Louisiana both name church and family as having a huge influence on the development of their musical talents. Graduates of the Los Angeles Recording School in Hollywood, CA, the duos first full production credit came in 2009 on Before I Self Destruct for rapper 50 Cent. After further work in 2010 on hip hop albums such Dom Kennedy’s From the Westside with Love, II, Redman’s Reggie and Sheek Louch’s Donnie G: Don Gorilla, The Futuristiks became a prominent production team for hip-hop, R&B and Gospel artists.

Proving to be a life-altering year for The Futuristiks, in 2011, their work ranged from hip hop records with chart topping artists Eminem, Royce da 5’9” and Ras Kass as well as other known acts such as Strong Arm Steady and Mitchy Slick. In 2011, they also produced rapper Problem’s “Last Love” for the unreleased mixtape Plan B which received video spins on BET’s 106 & Park making to the Top Ten Countdown and other video mediums. Moreover, in 2011, they also produced the lead singles for Dom Kennedy’s The Original Dom Kennedy and Skeme’s mixtapes The Statement and Before My Next Statement.

Continuing their catalog growth, the production duo began working with R&B artists Jeremih on the highly anticipated Late Nights with Jeremih Mixtape, as well as debut projects for other R&B artists TeeFlii and Elijah Blake. Not leaving their hip hop roots, in 2012, the pair produced tracks for rappers T.I., Freddie Gibbs, Fat Joe, Bad Lucc, 8Ball, Jay Rock, Curren$y and OverDoz. The Futuristiks made the Billboard Top 100 in 2012 for their production on Capitol Records Tito Lopez’s song Mama Proud. They also made the Billboard 200, Top R&B/Hip-Hop Albums chart and Top Rap Album for their production credit on Grand Hustle/Atlantic Records artist T.I.’s Trouble Man: Heavy Is the Head.

As their sound developed and territory expanded in 2013, the Futuristiks were nominated for their first Recording Academy Grammy Award in the Best Rap Album category for their contribution on Lupe Fiasco’s Food & Liquor II: The Great American Rap Album, Pt. 1. Lupe’s II topped Billboard’s Top R&B/Hip-Hop Albums and Rap Albums charts, while debuting and peaking at No. 5 on the Billboard 200.

Like many mainstream producers, The Futuristiks, have taken on entire projects and recently hemmed the Executive Producer credits on the Nipsey Hussle’s, October 8, 2013 release Crenshaw. In addition, the Futuristiks have the majority of the producers credit on Dom Kennedy’s, 2013 release Get Home Safely. Their aesthetic is fit for dropping the top, with crawling drums and warped samples that never push the tempo up too high for Dom’s coziness level.


Mike & Keys “Behind The Board”


Judas and the Black Messiah: The Inspired Album to be released February 12th